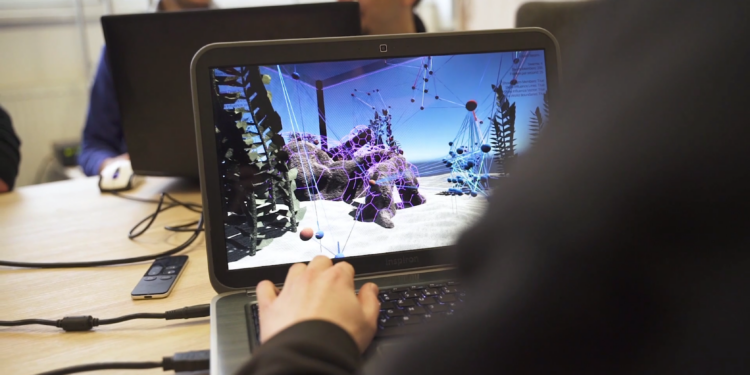 Prof. Mostaghim, you head the Chair of Computational Intelligence at the University of Magdeburg. Which research topics are you currently working on at your professorship?

In my research group, we work on the methodologies and algorithms in the area of Computational Intelligence. Our major expertise are multi-objective optimization and decision-making algorithms and their applications in science and robotics. Decision-making is usually required when we are confronted with conflicting objectives and is in fact a very challenging task even for human decision-makers. This is due to the fact that we first need to find all the possible optimal alternatives and then choose the right alternative using a decision policy.

In our research, we work on a range of scenarios in which the autonomous systems are confronted with conflicting objectives. This will enable such systems to change their (pre-defined) decision policy according to the unforeseen circumstances. This ability can contribute to their applicability in critical missions, such as rescue robotics where the intervention of a human-controller is not always possible. Such behaviors are additionally of great interest for autonomous driving-cars. The challenge is not only in finding and selecting the best alternative, but also in acting in a limited timeframe during the mission. One more focus of our research concerns collective decision-making algorithms. Suppose that we have many autonomous systems such as many autonomous driving-cars. These systems can communicate with each other and collectively learn and decide certain behaviors. For this purpose, we work on swarm intelligence and collective decision-making algorithms in theory, simulation and swarm robotics. This research leads us to the topic of self-organization and organic computing. In organic computing, we work on the controlled self-organization mechanisms. In our research, we are interested to know whether collective learning of a decision policy is more efficient than individual decision-making.

What is the SwarmLab and what goals do you pursue with it?

I founded SwarmLab in April 2014 with the goal to implement our theoretical algorithms not only on simulations, but also on real hardware. Our major focus is on the application of “realistic” robotic systems which could be used anytime outside the lab. This means that we do not rely on indoor positioning systems. This constraint poses a lot of challenges but helps us to get closer to real-world scenarios. Currently we have 5 different robotic platforms: Flying Swarm, Driving Swarm, Rolling Swarm, Nao Robotic System and Kuka-YouBot.

We work on swarm intelligence, evolutionary and swarm robotic algorithms on robotic platforms and study the collective behavior on a large number of simple robotic systems. In addition, we work on various topics such as indoor localization, collective and individual decision-making, imperfect and imprecise movements in robotics systems and collective search methodologies.

SwarmLab has currently over 30 members who actively participate in various robotic competitions such as RoboCup competitions. Our robotic team got the second place at the worldCup 2019 in Japan.

What was the incentive for you to participate in the MOSAIK project?

In the MOSAIK project, we develop algorithms to achieve controlled self-organization. This topic is highly relevant to our research. In addition, MOSAIK offers us a great possibility to apply our algorithms to industrial applications.

The aim of the project is to investigate methods of self-organisation in order to be able to implement scenarios in the Internet of Things (IoT) in a decentralised way. What does „self-organisation“ mean to you?

We have recently published an open access paper which describes the properties of Swarm Intelligence and self-organization. There you can find many examples and an insight into the topic:

We develop the algorithms for self-organization which as already mentioned are highly relevant to our research. In addition, MOSAIK offers us a great possibility to apply our algorithms to industrial applications.